THE A WORD...Mental Health Awareness Week 2018

No fancy photos. No witty opening lines. No jokey comments. Mental Health is something not to be taken lightly. We need to be more open about it. According to the World Health Organisation, there are 1 in 4 of us with Mental Health issues in the world. Thats a huge number. There's a few reasons why I wanted to write a post such as this and one of the main reasons is I suffer from Anxiety and panic attacks quite frequently and since the age of 15/16, I still have to battle with it, nearly 7 years later. I don't often tell people about it, I never know why but here I am, spreading the word. In light of Mental Health Awareness Week, I wanted to share my experience with my mental health.

I first realised I had anxiety when I was at school and I got a crap result in a mock test and I took myself to the toilet and had the worst stabbing pains in my chest, pains in my head and couldn't catch my breath. Tears filled my eyes but I didn't want to make a noise because I didn't want people to know I was upset. I panicked that my teachers and my parents would be angry that I didn't do as well as normal. Silly really because they were all really cool about it, but it was something as silly as that, that made me realise I was so anxious. It then got worse and worse in school, I made different friends as I had my first boyfriend, things got more stressful with exams and at home because I was quite a stroppy child. Things got really out of hand and I ended up having a total breakdown just before my GSCE's. I don't want to go into too many details cos it's a period of time I'd rather forget but I got made to sit and talk to a counsellor and lets just say it didn't help. Not one bit. Why? Mainly because I didn't tell him everything I should have. He asked if I was okay, I said yeah, he didn't dig any deeper. I was quite happy with that. How wrong I was not to talk more when I should have.

Next came college, more anxiety as I wasn't the brightest in my class, drinking before classes at the local pub with friends became the norm, life was a bit of a joke at that point. Everything evolved around what my friends were doing and none of my closest friends were doing the same subjects as me so I felt lonely. Weekends involved drinking in a park (classy folk), going home, getting wrong for drinking underage (rightly so) and then getting angry because no one else would be getting wrong off their parents. I then would get anxiety attacks before going out with my mates as the fear set in that I would get into trouble, but I didn't wanna be left out. Then after the ordeal and getting home, the next day I would be anxious again because I would be grounded, again. Vicious circle I never learnt from. I still never told anyone.

Next, the bullying, I was in a new job, training to be a cadet nurse, spend a large amount of my time doing work for coursework and I was on placement. People who I once said were mates began to be 'funny' with me, leaving me out of things, leaving me on my own when they would all drive somewhere and then I got overly anxious I had no friends. Weird because I had loads of other friends but they were people I was seeing all the time. I dreaded seeing them. I would get the train home and could feel the same feeling in my chest, eyes filling up. Another panic attack brewing, headphones in, music up, trying to drown it out. I knew it was coming, maybes not that second, but as soon as I was alone, it would happen. I did by this point go to the doctors, but again, I didn't tell them everything. They told me to go away and come back in a few weeks if I still felt 'down'. Thats how I described it. I just felt 'down'. Realistically thats not how I felt, I didn't actually know how I felt. That was the only way of explaining it. I didn't go back.  The only other person who I really spoke to about it was my boss at the time, who reflecting back, really helped. She made me see how well I was doing at work and discussed strategies to help with my confidence or lack of confidence and how to utilise my best strengths. She was such a massive help and she never really knew it.

Later came university. Something I thought I would love but ended up hating. I really wanted to be a Nurse, so badly, but, life was getting harder and harder, relationships broke down and university work became more of chore. I needed money, so worked part time as well as working on placement 37.5 hours a week as well as trying to do university work. People kept changing which I hated and people became less friendly, less loving. Then came the smoking and the partying and then before and after every hand in date at uni anxiety got the better of me, panic attack after panic attack I felt rotten. The only way I felt like I could cope was to meet up with my mates at at the age I was, going out clubbing was a essential way to keep up with your other mates who were doing totally different degrees at uni which didn't involve placement work. I tried to keep up. Again, I went to the GP, told them how I was feeling 'down' again. I was already speaking to councillor at this point through university due to my past experience of anxiety and workload stress and the next route they suggested was medication which I didn't want to take. Needless to say,  I never went back because the idea of taking medication at the time didn't work with my life. I would forget, I didn't want to have to explain why I was taking medication to people and I was applying for jobs in Nursing and didn't want people to know I was on tablets for anxiety. I learnt to try and cope. Something I would never advise anyone too do. No one knew about what I was going through, only one of my closest friends as he had been experiencing something similar at the time.

Today, I still get panic attacks, I still stress and I still have anxiety. The only difference is, I am more open about it. Please don't hide your feelings, don't hide your thoughts and please talk. GP's now have more training and understanding of these things, the nation is more educated through TV and through public awareness, even just writing it down to reflect with yourself can be a big help to influencing your mental health. Mental health is a massive umbrella term for tons of different problems, don't just keep it to yourself. Let someone help you. One way I found best was to reflect on what I stressed about and became anxious about through the day. I started writing notes on my phone, so people would think I was just texting and I would look back a week later and see if that thing was such a worry still. I also find keeping myself busy would ease my mind, cleaning, cooking and baking and talking to people. Mental health is just as crucial in functioning properly as your physical health. Let's talk about it. 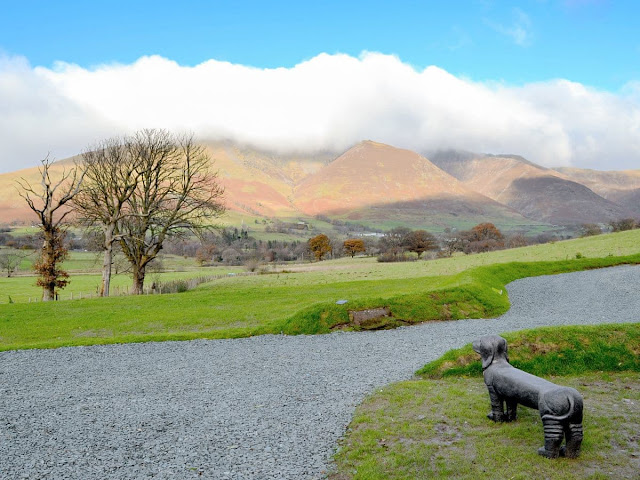